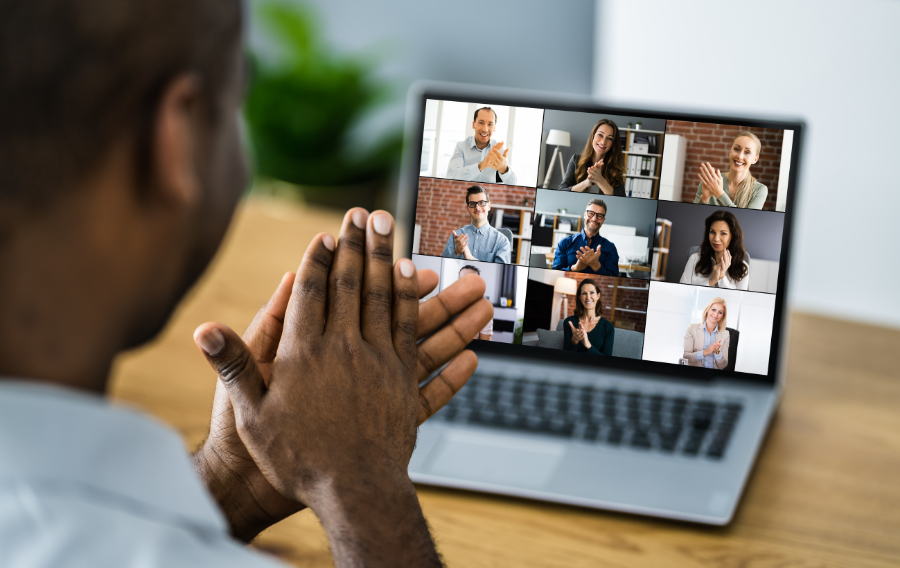 This article is based on an earlier webinar. View the recording here.

SLAS, the Society for Laboratory Automation and Screening, has been a CadmiumCD client for going on 10 years. When the coronavirus pandemic struck, it disrupted SLAS's events in much the same way that it did the whole events industry. They found themselves switching from in-person conferences to a virtual platform.

Like other event planners, they found themselves running into a problem unique to virtual events: how to facilitate the same sort of networking and connection-making that happens in person. Obviously attendees can't wander the exhibit hall or run into each other in the halls when everyone is safe in their own homes or offices, so what's the best way to get attendees and exhibitors in touch with each other?

For previous, in-person events, SLAS used a third-party app to facilitate attendee-to-attendee and exhibitor-to-attendee communication. They found that they had a lot of engagement with the third party tool in terms of attendees searching for each other and browsing the attendee lists, but there was little action taken on the engagement, even in a face to face environment. They were still relying on texting or calling or just running into each other rather than using the matchmaking tool to communicate.

There's a substantial resource investment involved in those third party tools, especially in terms of implementation, training, and encouraging attendees to use them. They can be great apps by themselves, but if they're not being used in the way you want them to be used, you're not getting a great return on investment.

So when CadmiumCD shared our matchmaking tools with SLAS, they were thrilled to be able to integrate matchmaking with their existing eventScribe platform. Having the matchmaking tool integrated into CadmiumCD's eventScribe platform has greatly reduced the effort that went into managing all of the different components of SLAS's event technology. Instead of having to learn, brand, and implement multiple apps, they now have a single solution that works for everything they need within an event.

It not only makes it easier on the event planners; it's also much easier for SLAS's stakeholders to use as well. Instead of asking attendees, speakers, and exhibitors to learn multiple systems in order to facilitate networking, they can now find matchmaking within the app that they're already using to manage their schedule, education needs, and exhibitor interests.

For exhibitors in the virtual environment, having matchmaking integration means ROI. It means having a tool kit to reach out to attendees, which is something they haven't had even in past face-to-face events because of all of the data privacy regulations that are in place. SLAS has never been able to give their exhibitors the opportunity to search and sort attendee lists. They've had to rely on badge scanning for attendees to give exhibitors permission to view and use their data.

By building matchmaking into the event platform, you're replicating that but doing in a holistic way. Exhibitors now have the ability to look at the entire list of attendees—those who have chosen to share their information—versus having to wait for someone to walk up to the booth and allow their badge to be scanned. The dynamic, searchable attendee database included in CadmiumCD's matchmaking tool opens up a whole new way to cultivate contacts and draw in potential customers.

SLAS is a very exhibit heavy show. Being a science organization, their exhibitors are scientists who are also attending and presenting educational content sessions, so there's a lot of overlap between their attendee audience and their exhibitors. When they heard about the matchmaking tool right as they were preparing to launch the eventScribe platform for their new virtual event, they partnered with CadmiumCD to present a series of webinars that explain how to use the tools. These webinars basically trained exhibitors in how to use their booth to take full advantage of matchmaking at the virtual event. In a lot of virtual events, the exhibit hall just isn't much of a draw for attendees. It really comes down to the sponsorships and engagement opportunities. But the matchmaking tool assigns a new value to a virtual exhibit hall, because you can't participate in the engagement opportunities created by the matchmaking tools without the exhibit hall.

Because the matchmaking tools were so new, SLAS found that they had a lot of confused sales reps on their hands after the first day of their event. To address this confusion, SLAS sent out an email to all of their exhibitor contacts explaining that every rep should log into Expo Harvester and pull the lead retrieval report. They then included information reminding exhibitors how to use the tools to reach out to leads as well as how to use the matchmaking functions available to them, and emphasized the importance of browsing the attendee list. Instead of waiting for an attendee to reach out to them, they should reach out to the attendees. This email was critical for reminding SLAS's exhibitors that they had to be proactive to take advantage of the matchmaking tools.

In the end, SLAS exhibitors found a huge amount of value in the eventScribe matchmaking tools. It was a drastic change from what many of them were used to with in-person events, but being able to access the dynamic attendee list, which is updated in real time, proved to be a gold mine of leads.

SLAS attendees start accessing the matchmaking tool from the very first moment they open the platform. When attendees create their profile, they're asked a series of questions about themselves and are able to choose what data they want to be shared with exhibitors [link to previous article about profile creation]. All of CadmiumCD's solutions are fully compliant with data privacy legislation, but in order for attendees to take full advantage of the matchmaking tool, they do need to choose to share their information.

The SLAS event planners put a ton of thought into the profile creation process and making sure attendees knew that in order to take advantage of matchmaking, they had to share their information. But they didn't just encourage sharing; they also reassured attendees that sharing was very safe within the eventScribe matchmaking tool. It seems to be a reflex for many of us to click no when we see the "Do you want to share your information" box, since we're concerned that our data will be sold and so on.

SLAS had to plan hard to help their attendees understand that the only reason they were clicking yes is so that they could connect. Instead of calling it "Privacy Settings," they used the title "Networking Preferences" to explain that these settings would allow the attendees to get so much more use out of the matchmaking tools rather than putting up a privacy roadblock. They saw over an 84% share rate, which is a spectacularly positive response.

Having a matchmaking tool fully integrated into the eventScribe platform made holding a virtual event a much more streamlined process for SLAS. By encouraging attendee profile sharing and training exhibitors on how to get the most out of matchmaking, they were able to make networking and lead generation a success in their most recent event. Nothing can compare to physically going to a luncheon when it comes to networking, but CadmiumCD's networking tools give event planners the next best thing.

I am a freelance writer who enjoys dipping my toes into a wide variety of writing subjects. I have an M.A. in English but found that teaching wasn’t for me, so I’m applying my training to writing instead. I’ve been blogging for ten years and have written everything from book reviews to pop culture essays to business topics. In my spare time, I enjoy writing fiction, playing games, and learning new crafts. I live in Corvallis, Oregon, with my husband, daughter, and dog.