I was recently in San Jose, California attending the SAASTR conference when I had the opportunity to go shopping at the nearby Westfield Valley Fair mall. While shopping with my colleague, we were discussing one of our clients who is competing against a different show organizer who had scheduled a similar event to overlap with theirs and they were losing exhibitors to them. For those of you who are reading this article and don’t realize it, exhibitors are often the financial life-blood of an event and frequently the source of all profits. 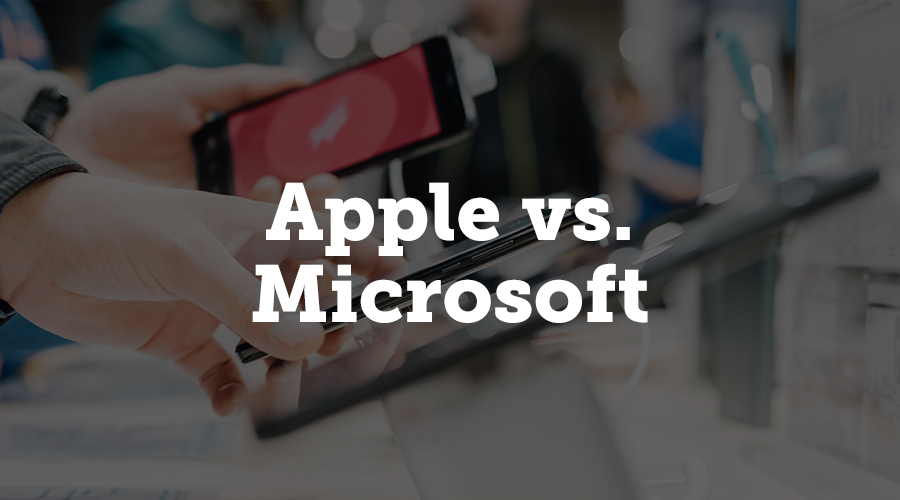 During this discussion, we popped in at the Apple Store, where we and approximately 50 other people were shopping and I had just been informed that there was a 35 minute wait to talk with an employee at the genius bar. Deciding that my time was probably better spent searching for a solution online, I left the store and upon my departure was surprised to notice that there was a Microsoft store located directly across from the Apple Store. I was surprised for a couple of reasons – one, I didn’t realize Microsoft was selling direct to consumers through mall storefronts, and two I was shocked to realize that there wasn’t a single customer in the store.

My first thought was Microsoft has obviously lost this battle at the consumer storefront. And then my second question was why? And why would Microsoft deliberately position their store directly across from Apple’s store? I think part of the answer could also impact how consumers think not just about their shopping and buying experience but also how they chose which events they want to attend and how exhibitors select the organizations they will support. In searching for answers, my thoughts coincide with what has been identified as the three major factors affecting conference attendance: location of an event, the networking experience based on other people attending the event, and the education offered for attendees.

In this case, the proximity of Microsoft’s store to Apple’s store obviously wasn’t an advantage in attracting mall shoppers. From a broader perspective, however, there might have been larger factors affecting the success of Apple’s store. San Jose, for those of you who may not recognize the city, is also fondly referred to as “Silicon Valley” and the mall is a short distance from Cupertino, home to Apple.

My guess is that Apple employs a large percentage of the people in the area, and those who aren’t already working there want to work there. It would be interesting to observe if the same phenomenon was repeated in a mall in Seattle, home to Microsoft. The conference I was attending, SAASTR, is located in an area famous for advancing new technology and financing. Somehow, I don’t think the conference would be as attractive to attendees if it was located in a different location, even crowd pleasers such as Las Vegas or Orlando, simply because of the reputation Silicon Valley enjoys as being the center of innovative ideas.

In a different location, the conference might also struggle to attract the venture capital firms and technology pundits that are out in force at a local event. As an event planner, we are often inundated with cities focused on highlighting the advantages, facilities and attractions which drive an event’s attendance. How often do we compare how many of our attendees will be able to go to an event if its located within driving distance? Are we comparing the different airlines, trains and transportation accessible to the city? Is our event accessible and affordable to the attendees that want to come?

Here’s a hint – if you are planning a national event that is not accessible by Southwest, that might be a strong indicator you are in the wrong location unless you are attempting to attract high net work individuals to an exclusive retreat. Another consideration is how many potential exhibitors have businesses close to the event or whether there are major areas of attendee concentration for the ideas promoted at the conference. If your event is intended to attract government or defense contractors, a DC location would be much better than one in any other city. If your goal is to attract Amusement Park operators, why would you have an event anywhere but Florida? 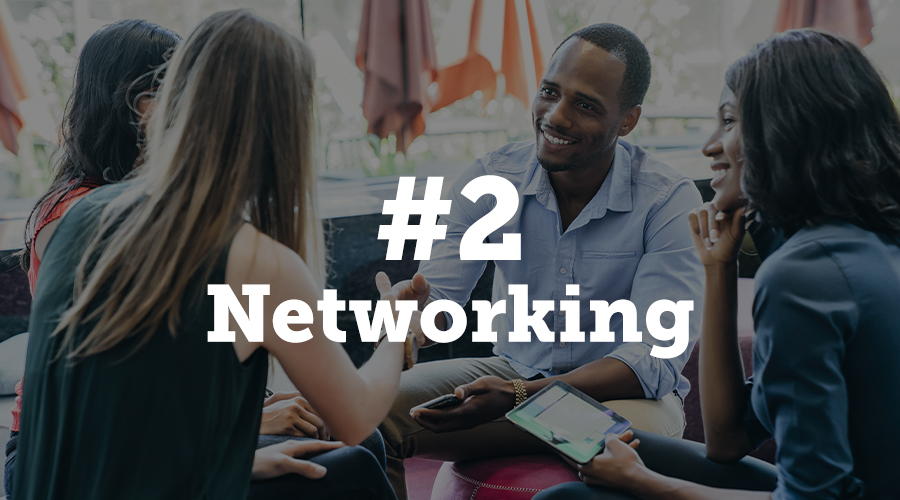 One of the core reasons people attend conferences rather than seeking education solely by internet is because we are human – and most humans, even us introverts, like to learn and communicate with other humans. We like to people watch, we like to listen to ourselves talk, and we like to eavesdrop on other peoples’ conversations that offer you brilliant insights into your own problems. We also love to interact with people as passionate about a topic as we are about it. And yes, there is definitely an entertainment and novelty factor associated with attending conferences.

Many people like to summarize this as the “experience” driving people to attend an event which is definitely an accurate summary but often nebulous when trying to pinpoint why an event succeeds or fails. If your event, or storefront, is failing the best suggestion is to ask the people who are there what makes them come to the event and how you can find their friends that have similar interests. In the case of Microsoft vs Apple, my guess is that many of the people clustering to the Apple store were there for the same reason I had – I knew I could find someone there that understood the challenges I had with my Apple device far better than anywhere else and I anticipated finding answers. What answers are your event attendees seeking? 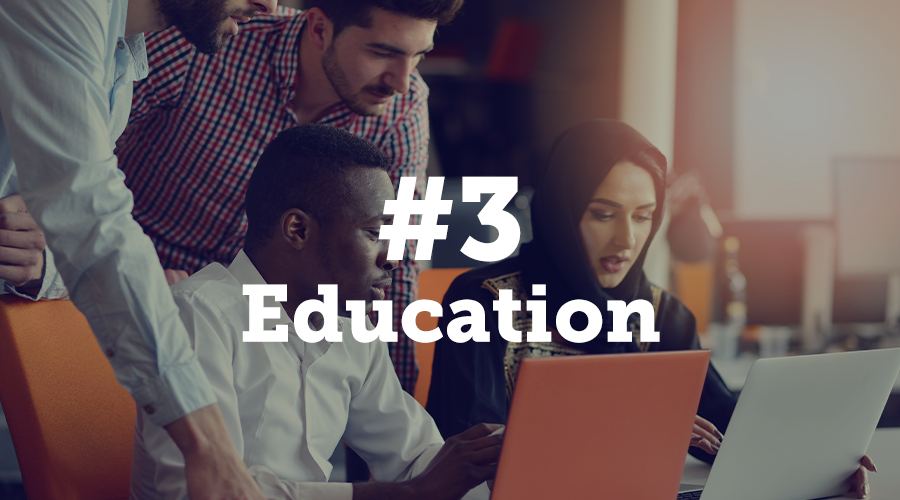 When I think about Microsoft, I think software, not devices. I grew up on Microsoft windows and spent hours becoming an expert on their core software including Excel, PowerPoint and Word. I realize Microsoft has been attempting to expand into devices, and I would say that their success rate in tackling this market can be summed up by your response to the question of how many Microsoft phones or tablets have you used? So this storefront is attempting to sell devices which no one is using rather than focusing on educating consumers on software they probably use on a daily basis for their job. My guess is that if Microsoft hosted software training events in their store throughout the day, they would sell a lot more devices.

Can you imagine how many people would be in the Microsoft Store if they had a LinkedIn help desk, or even better, an XBox playroom? How many events are also focused on what their core competency is and how do they communicate that to their key demographic attendees? As event professionals, do we understand what attracts our core attendees year-over-year to our conferences?

For most B2B events, education is at the heart of why your attendee was able to attend and convince their management to pay for their attendance and travel costs as well as missing time from their “real” responsibilities. I know I expect my employees to provide a report summarizing what they have learned and how they can apply it to their daily job when they return from a conference. How easy are we making it for attendees to be able to share the education and knowledge gained at a conference? Are we “advertising” the education that can be gleaned from the event?

I think part of Apple’s success in drawing shoppers into their store is that they are providing not only the opportunity to play with the devices, which Microsoft also does, but also the ability to ask questions at the genius bar and better educate themselves on how to use their technology. Bluntly speaking, I don’t think Microsoft is competing effectively at the storefront level on education fulfillment. Don’t believe me? Maybe you should visit your local Home Depot and note that home improvement courses they are offering in their store. I think conferences that don’t provide the education their attendees are expecting will suffer a similar fate to what is occurring in the Microsoft store at your local mall.

Want do you think?

In conclusion, I think humans make decisions about the events they attend the same way they shop. For now, as an event professional that has seen the planning behind literally hundreds of events per year, if your conference or storefront is struggling, focus on the core basics – location, networking and education – the answer is there.